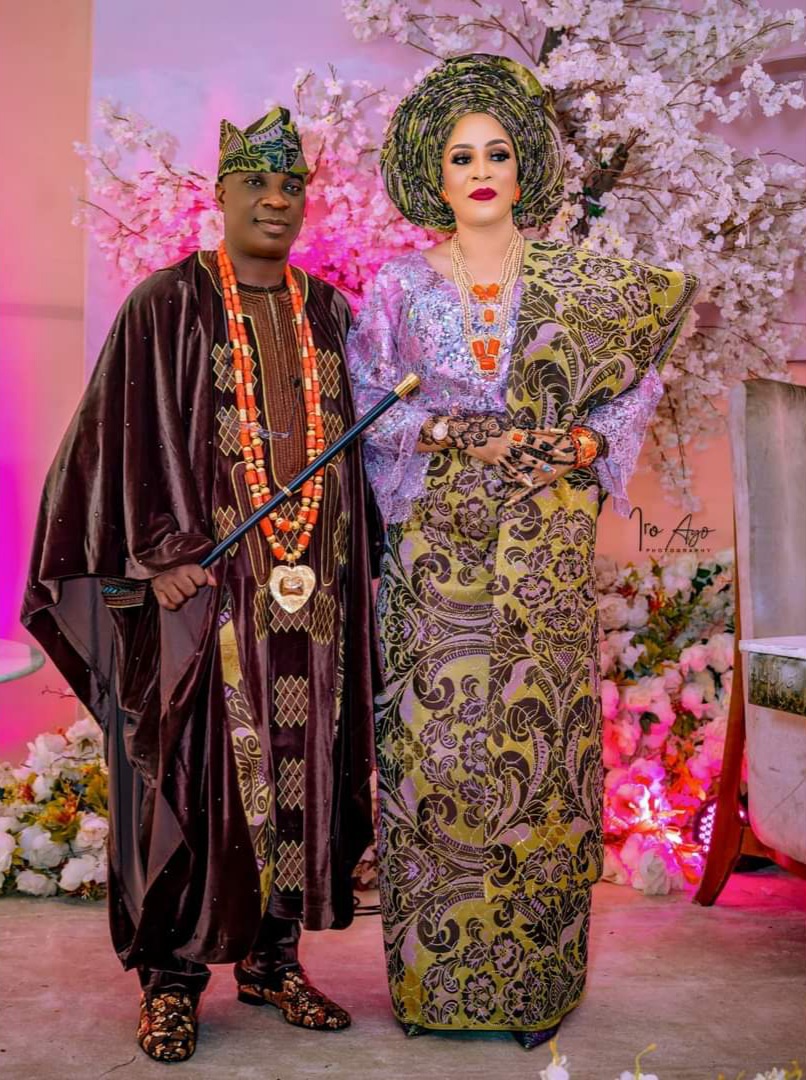 K1's Wedding to his heartthrob of immeasurable value Emmanuella Ajike Morounropo swept the social scene all of yesterday. 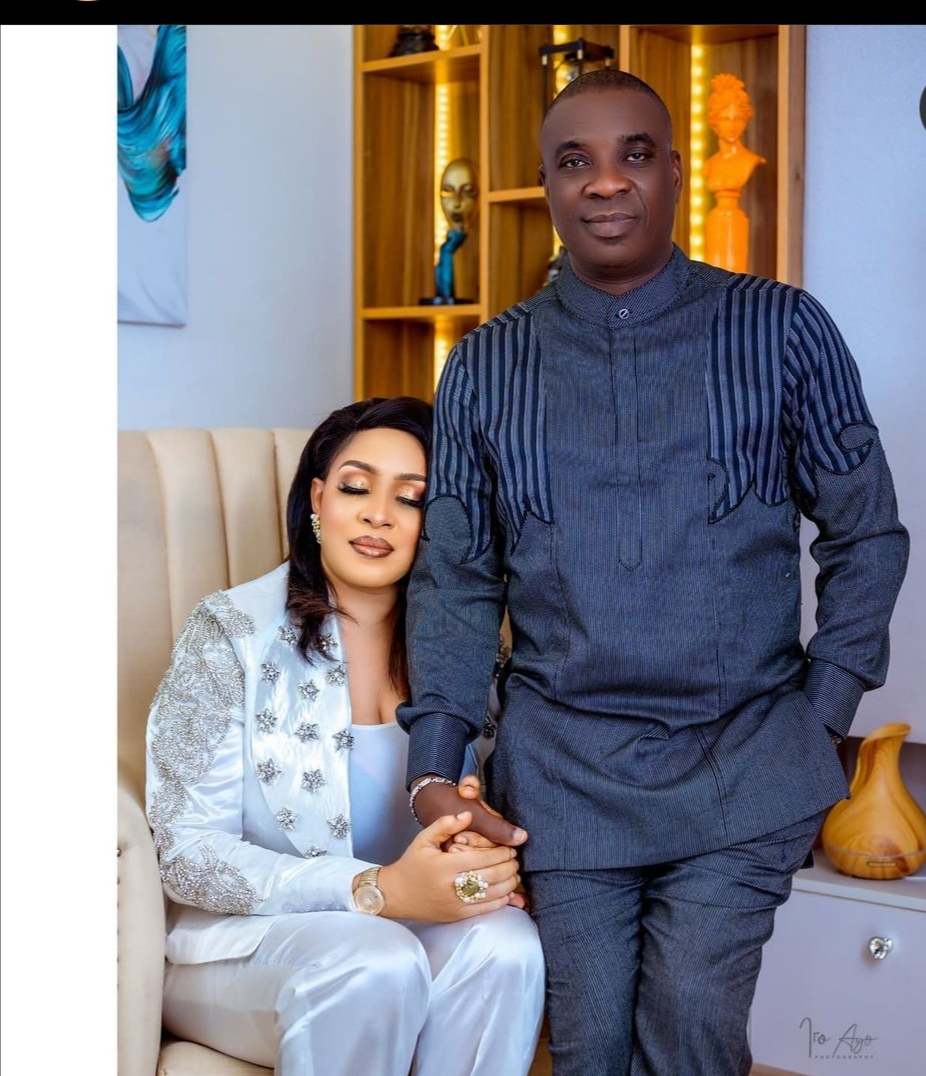 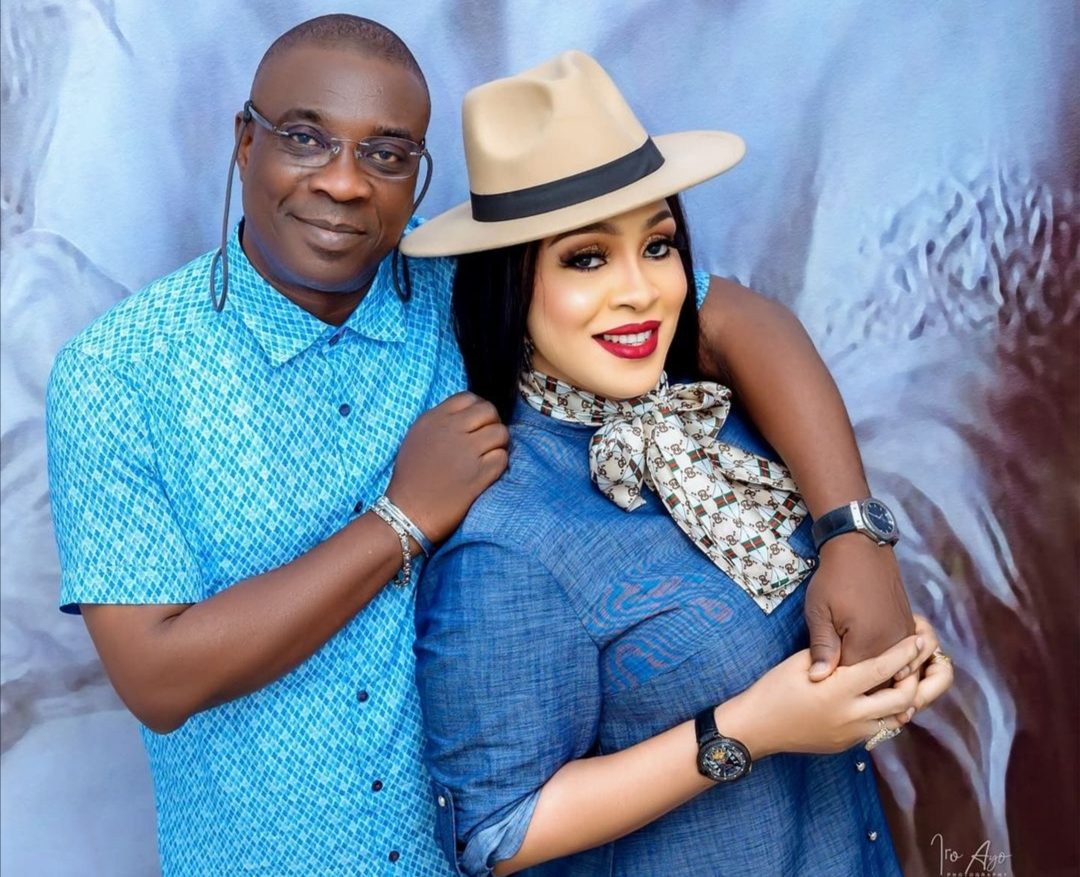 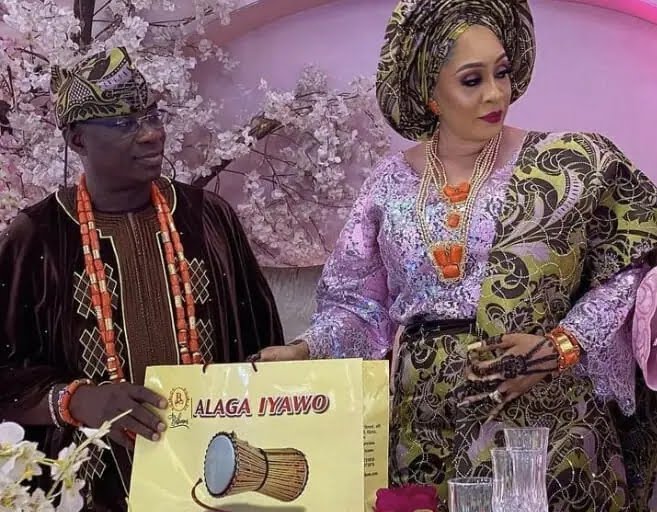 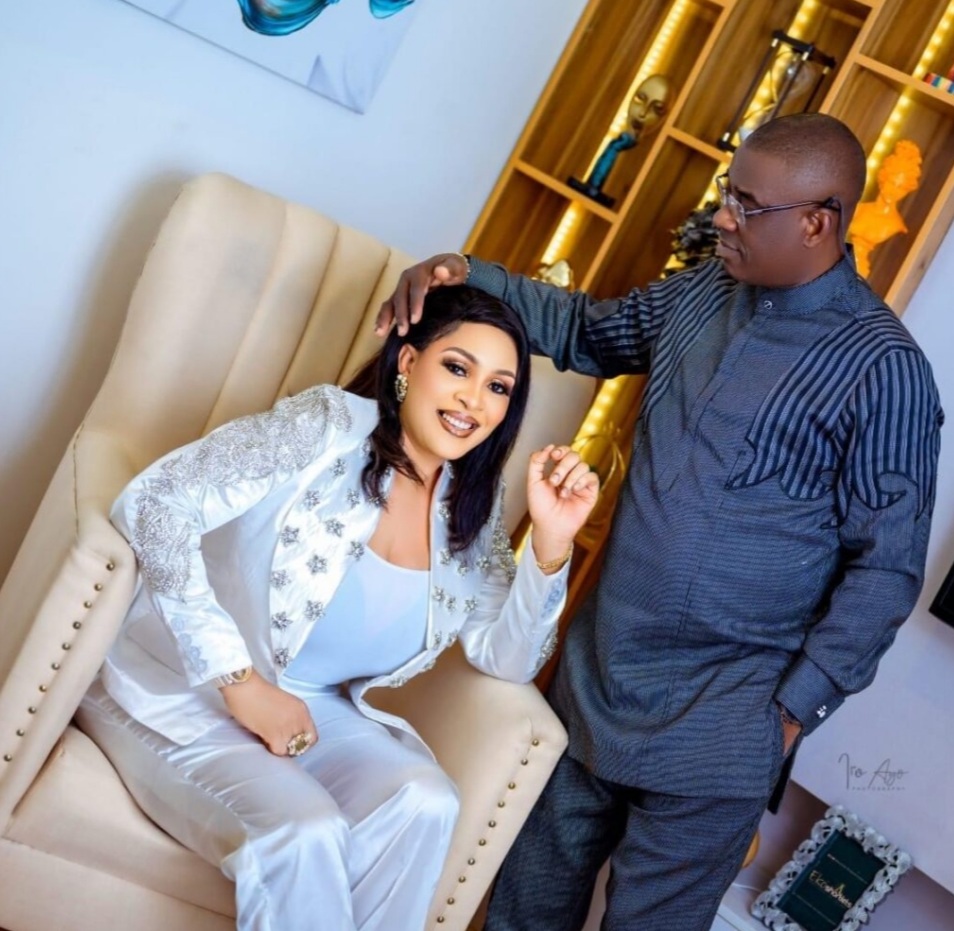 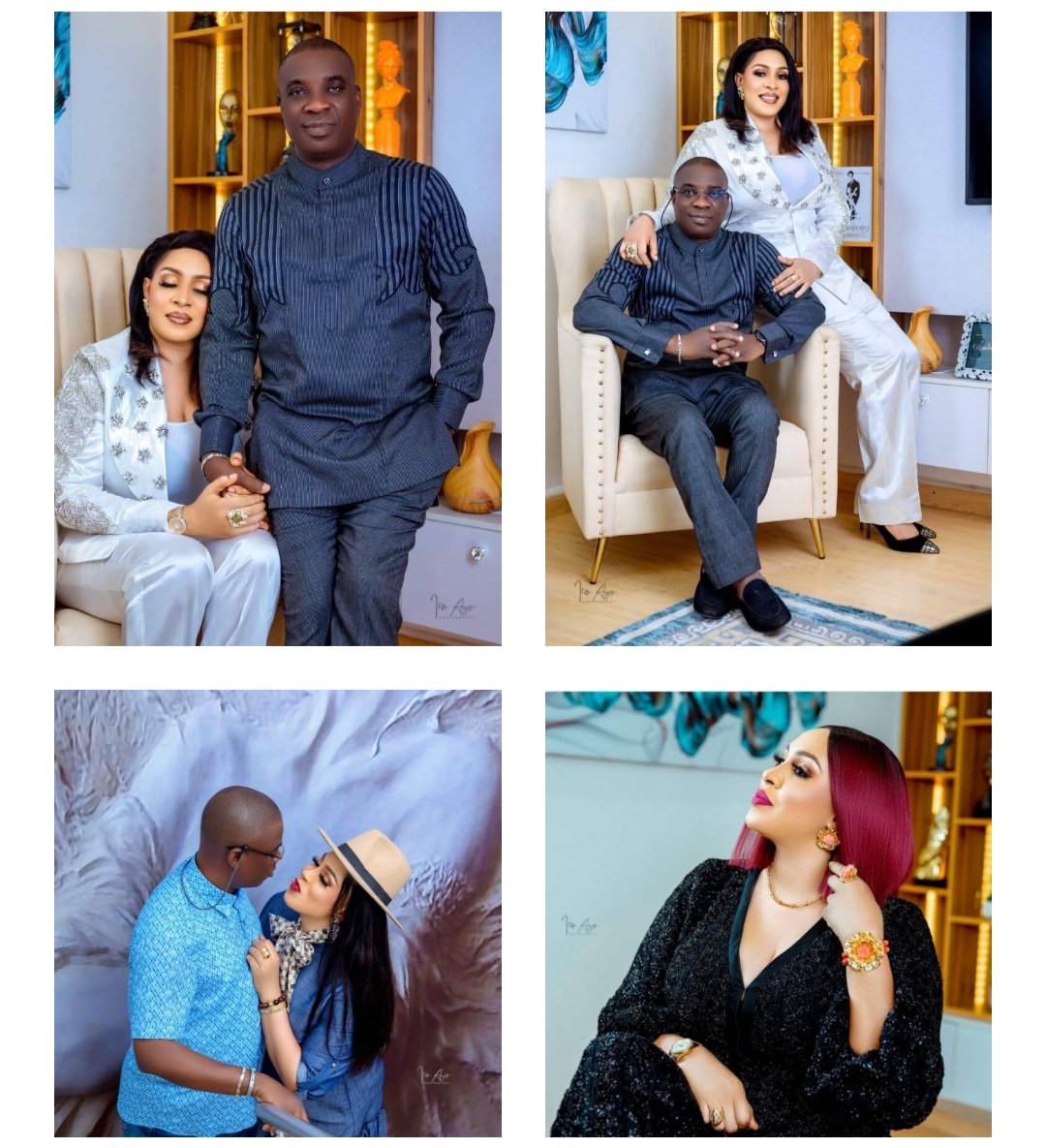 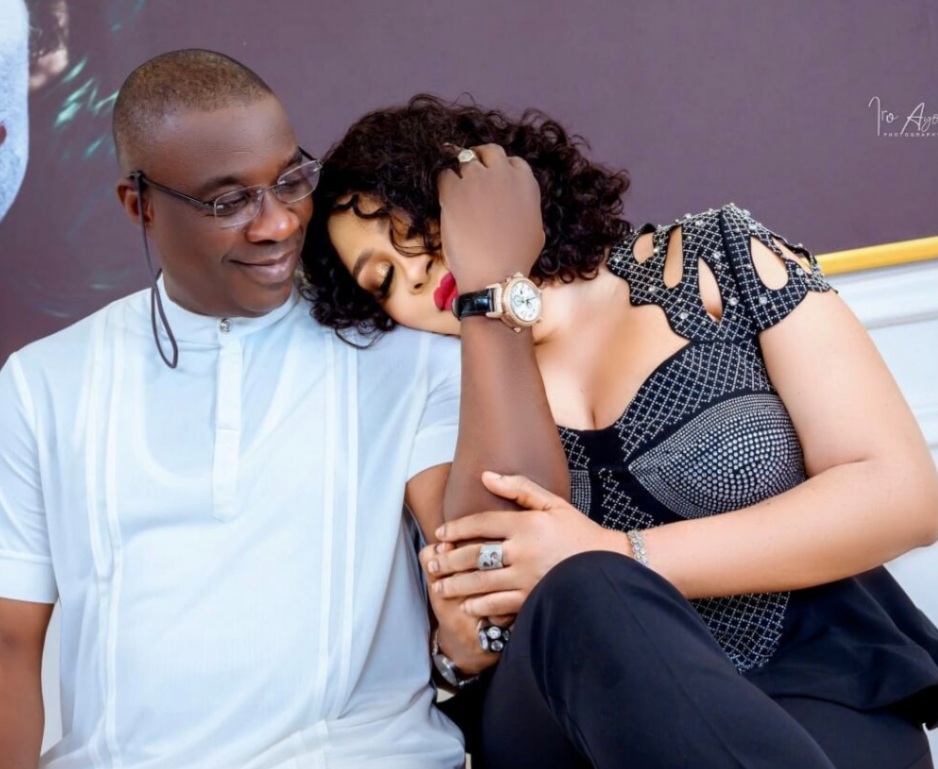 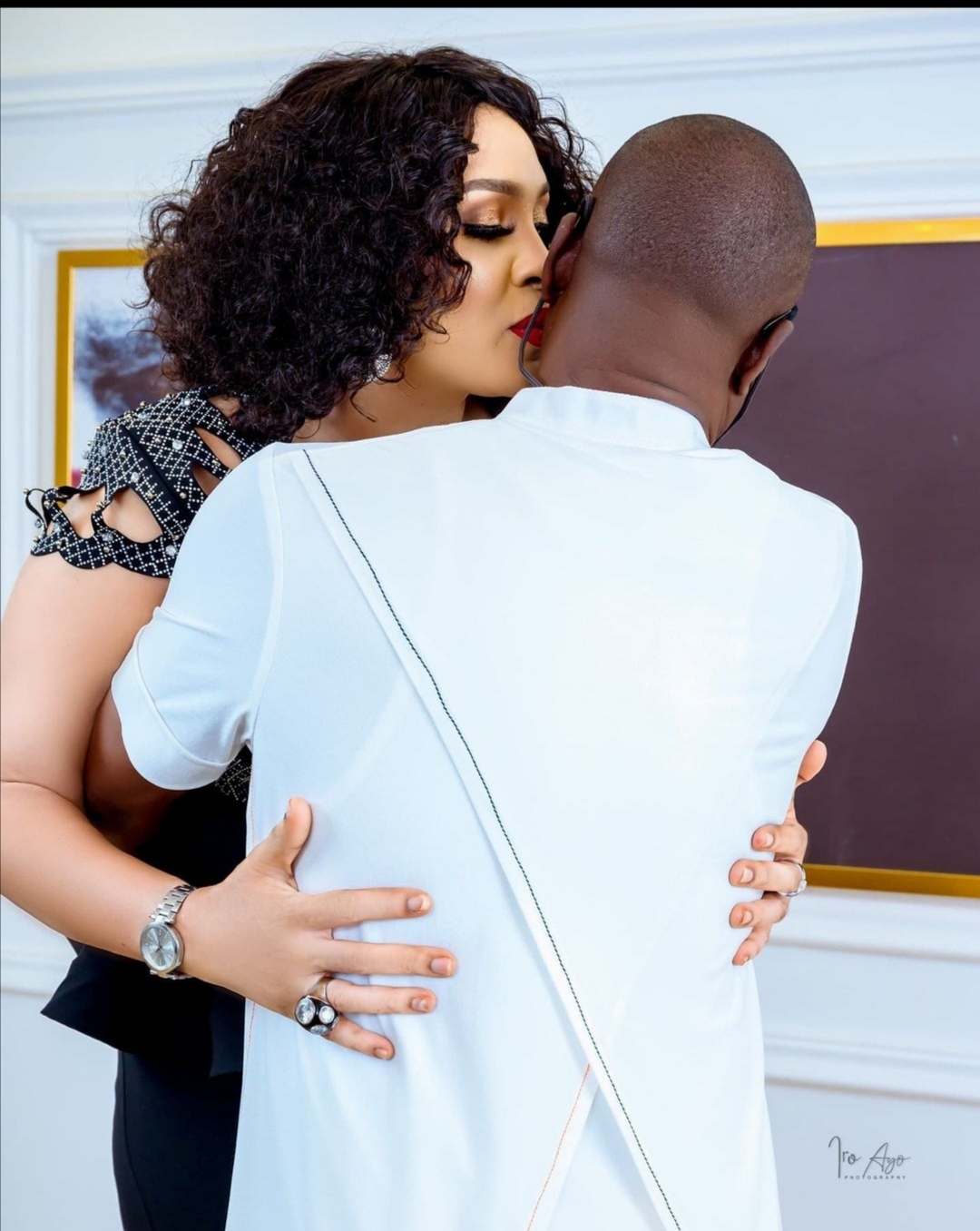 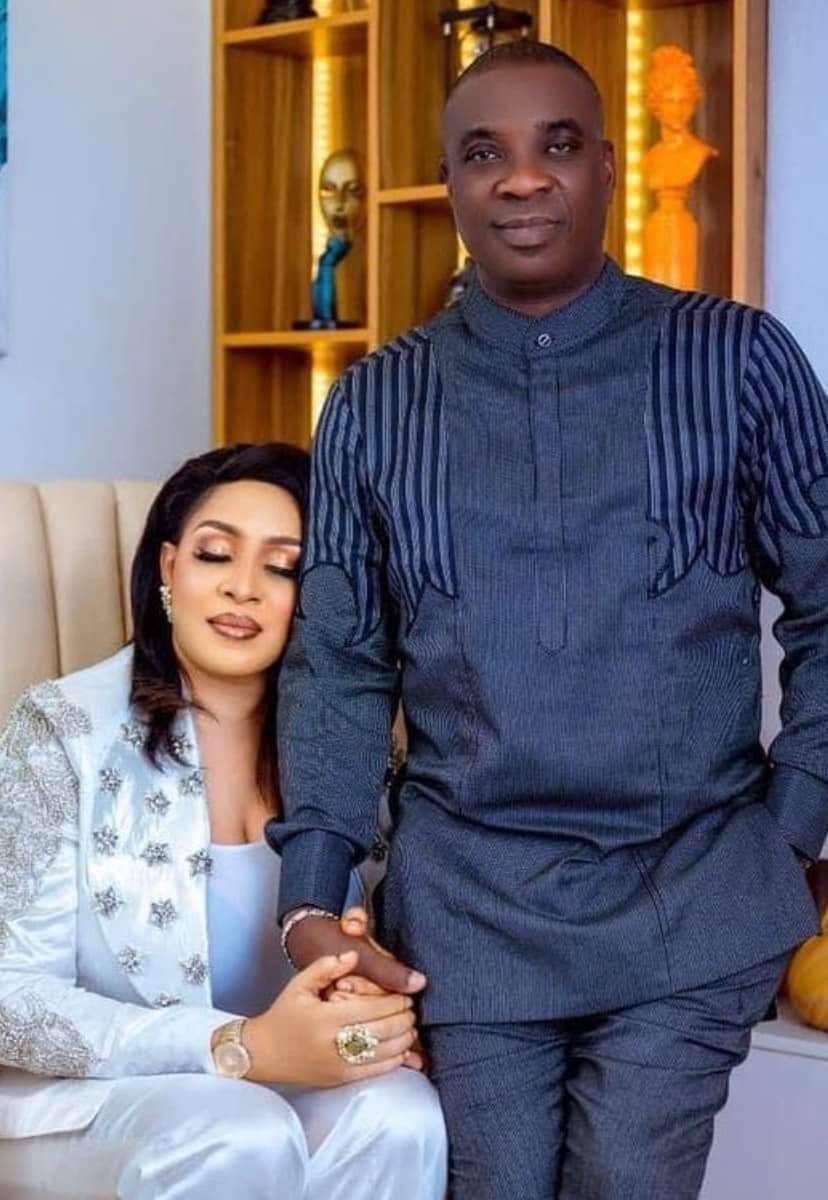 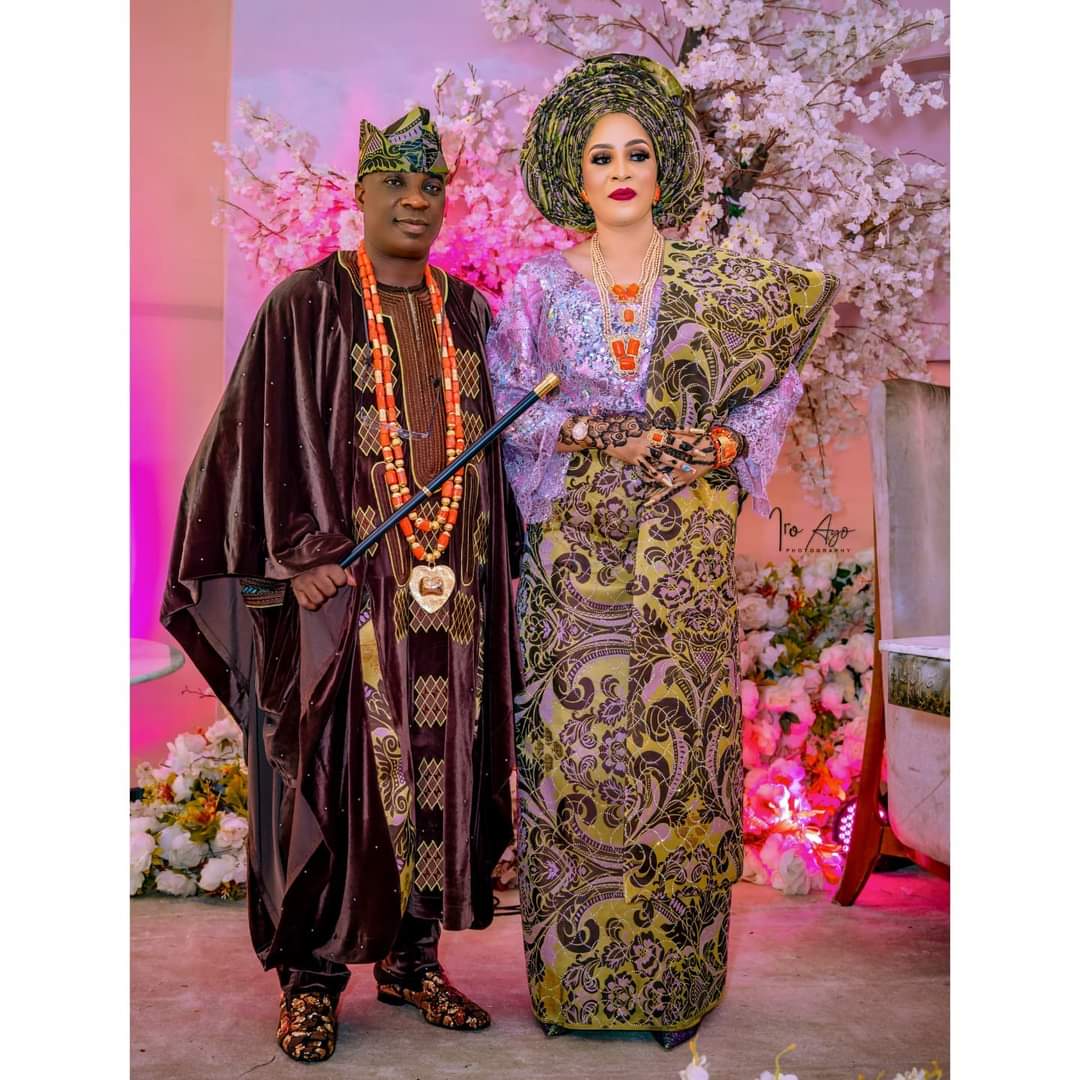 …..seems like unbelievable happiness and bliss has enveloped him ceaselessly for the 1st time in a longwhile.

Yesterday, Thursday, November 18, 2021 no doubt belonged to none other than the acclaimed Fuji music emperor of the world, Chief (King) Wasiu Ayinde Omogbolahan Anifowoshe Marshall, but better known to the world as K1 the Ultimate or just KWAM 1, by very many others and by extension his jewel of inestimable value, the unrivalled queen of his heart without a doubt- Emmanuella Ajike Morounropo.

It was on the day that King Wasiu, a father of very many and the husband to a few others got married at a humongous social ceremony to his ‘current heartthrob of immeasurable value, Lady Emmanuella “Ever Smiling” Ajike Morounropo, a statuesque and mad gorgeous, lightskinned beauty, who truly and in everyway possible has taken won over the heart of the man, that some have tagged or classified or known as a “hopeless romantic”! He is infact a self confessed polygamist per excellence!

This isn’t the first time the highly revered “Maiyegun of Yorubaland” (that is his most significant chieftaincy title till date) got married again, infact just 3 years ago, he did the same when he got married amidst pomp and pageantry nearly similar to this one, but not as grand though to his then heartthrob of supposed inestimable value, in the person of Titi Masha. Who he had been with for atleast a decade or so before the open or public ceremony that they now did.

According to the gist that has pervaded the atmosphere and with such unbelievable swagger at that, with this coming in and the sealing of vows between Alhaji as ‘Wasiu Ayinde Omogbolahan Anifowoshe’ is more commonly referred to and the exceptionally gorgeous Emmanuella, Titi who was Alhaji’s heartthrob for the last decade plus, may have immediately become a “foregone conclusion”. That is at least according to the unconfirmed rumour!

They claim that it has been like a sad turn of event for the lady called Titi, as the much welcomed attention which she loves so so much and infact craves with her whole being, has now been taken away abruptly from her. It’s like her footstool was removed from underneath her feet, without prior warnings! And therefore her supposed fall from grace may have been deeply embarrassing!

It was learnt that while the Ovation was loudest for the Titi, as the then supposed one and only of Alhaji, she was a “tormentor par excellence”. So with this predicament or situation she has found herself, some are of the thought that it is very well deserved.

So according to our findings, this new wife may have come in with a sweet and soothing balm to calm all freyed nerves, which all and sundry have welcomed with much aplomb, not caring at all neither minding for that matter, whose ox is gored!

It’s like there has been an unbelievable shift of loyalty in a very very dramatic volteface!

So this particular coming, apparently came on the platter of a Yoruba adage which says “unless one (a person) is hit by a misfortune, before another’s own becomes well”. It seems like that’s the drama that may have played out here. One person’s misfortune has become the joy of another!

Yesterday’s traditional wedding which happened at the Palace of the Alake of Egbaland was loud in everyway one could imagine it. With guests, most especially the ladies doing their best to outshine each other on the style stake. Pink on HOH looked superb! With plenty of jewelry both authentic and costume fighting for space like no man’s business.

In the face of all of the news that jostled to get major attention on the day and go viral, this wedding news was one of the pick of the pack, as it wrestled well with the extraordinary fundraising news by Davido that swept through the social media galaxy, as well as the competing news of the extraordinary reconciliation of the PSquare duo which had been long coming, as all the powerful and connected friends of K1, who is also a well-known kingmaker in the Lagos APC, the party where his ultimate benefactor, ‘Asiwaju Bola Ahmed Tinubu’ is a national leader and holds the rein of power, came trooping out in large numbers in support.

At the last count from what we heard, there were atleast 30 royal fathers from everywhere in attendance, as well as torrents of other VIP guests who all came to support one of their own.

It was a big jostle to be seen to be supporting or be in support of the man of the moment as he married his new wife- “Nuella Ajike Mi”.

From his countenance all through the event and even before the party itself, for a man who has done this type of thing severally before, someone for whom women are like a dime in a dozen, it is quite obvious that the lady tagged “EverSmiling” holds the key to Alhaji’s heart in a very special way, compared to all others before her and she seem to be holding it quite well and without a speck of doubt too, at least for the moment or now!

It is obvious that Alhaji is giddy with repressed excitement and is in fact hopelessly in love.

While the other wife, who some are already calling ex-wife or former wife (we don’t actually know the true status yet) is or may be sulking and leaking her wound terribly on the side, “Emmanuella Morounropo” aka “Nuella Ajike Mi” as King Wasiu loves to refer to her, is in the 7th heaven or better still luxuriating in Nirvana in utter bliss, reveling extraordinarily in all the attention that she’s getting from her man, a hopeless romantic of a man for that matter.

Those that know Alhaji well says that, it is only a stone-hearted lady that can try to resist the ‘outflow of charm’ of the man, especially when something has touched his core.

According to some who know him, when he wants to unleash it, it can be utterly irresistible!

Firstly, his charm offensive comes with the undivided attention he is willing to dedicate fully to that one he wants to conquer at the point.

Then also, he is gifted with words too, he easily knows the right words to use at the right moment. Being a top musician may have helped with this.

Again once you have fallen, the charm offensive increases many folds, such that you would feel there’s no one else existing except you and him alone. It is a luxury of attention that’s just so unbelievable but better experienced. The care is just off the hook. And it would come with meaningful gifts too.

Then Alhaji is also a fantastic cook. Not just that he is a fantastic cook alone, he also loves to cook as a good pastime too. So just imagine such a man, serving you in bed, musing sweet nothings to you as you wake up and all of that?

While Titi Masha who is said to now be the alternative foregone, owns a popular fabric store in Surulere, Emmanuella is a graduate of Estate Management from YabaTech and an entrepreneur too, one who is into Forex trading, owns a children boutique, a gift store and a liquor store in Ikeja, Omole area to be a bit more precise. She’s in her 40s and a mother of 3 from a previous relationship.

This is a union of a popular Ijebu son and an a celebrity Egba lady and many are already saying it is a match made in some type of heaven. Those around the award winning musician claims they have never seen him so genuinely happy in a long while. Love is a beautiful thing.