Former London based woman of God, Reverend Mother Dr Captain Esther Abimbola Ajayi of the Love of Christ Generation Church C & S Worldwide acquires her 1st Private Jet joining just about 6 other men of God that owns such. She's the only woman on the list. 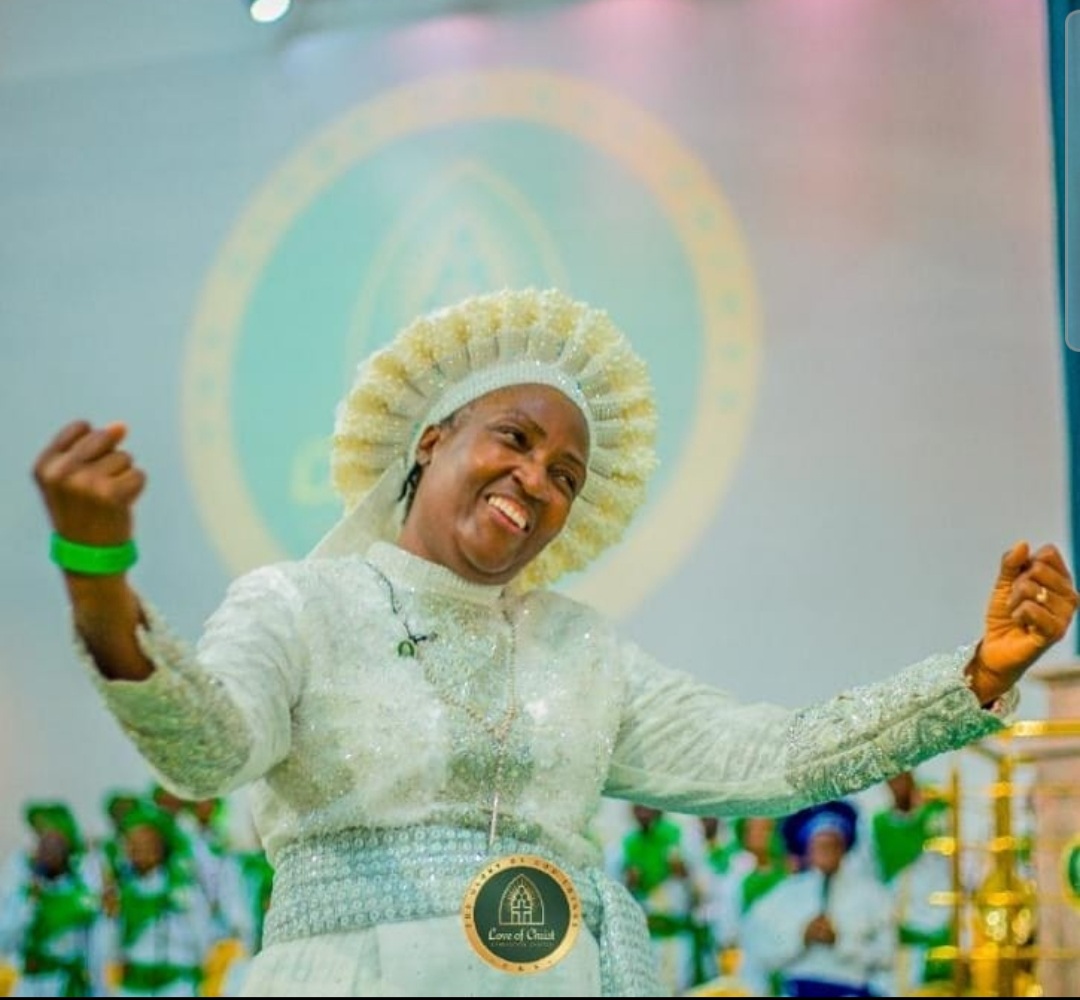 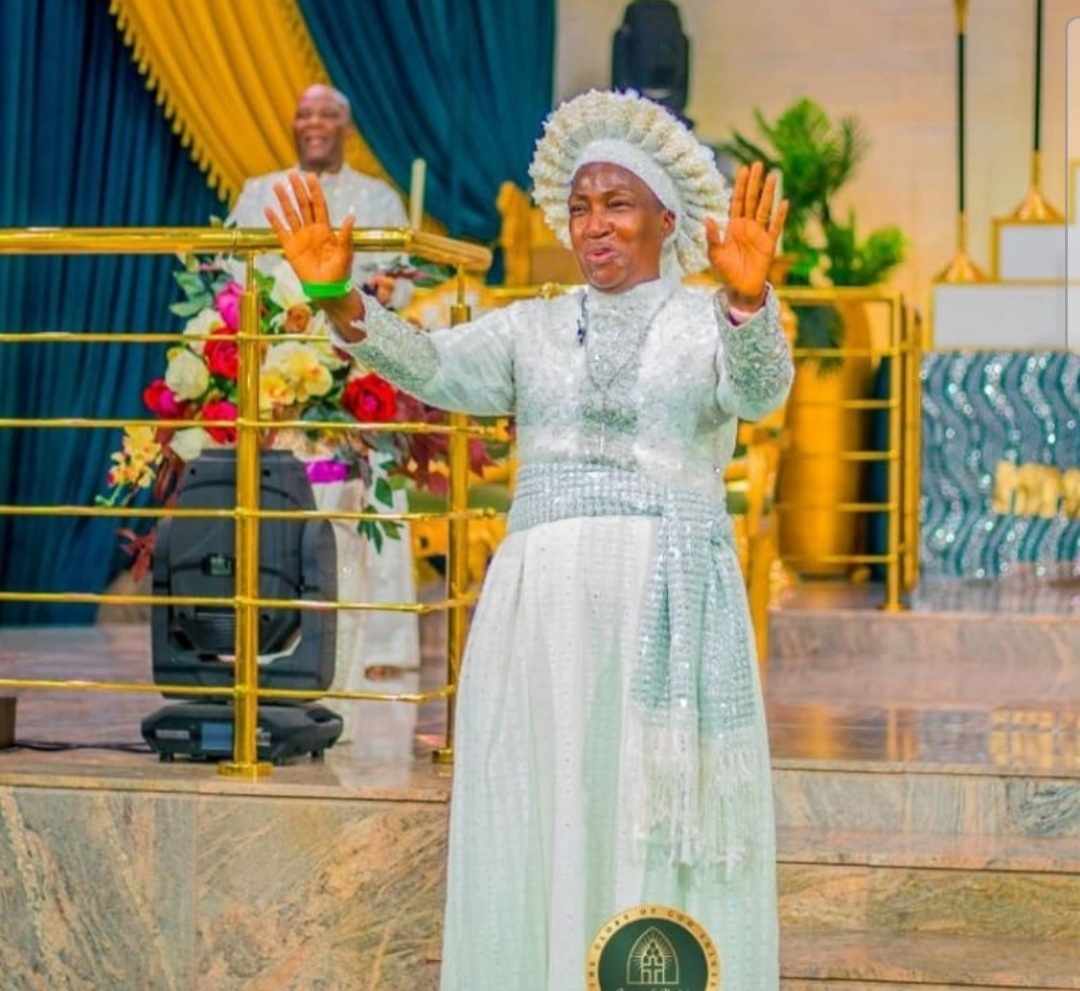 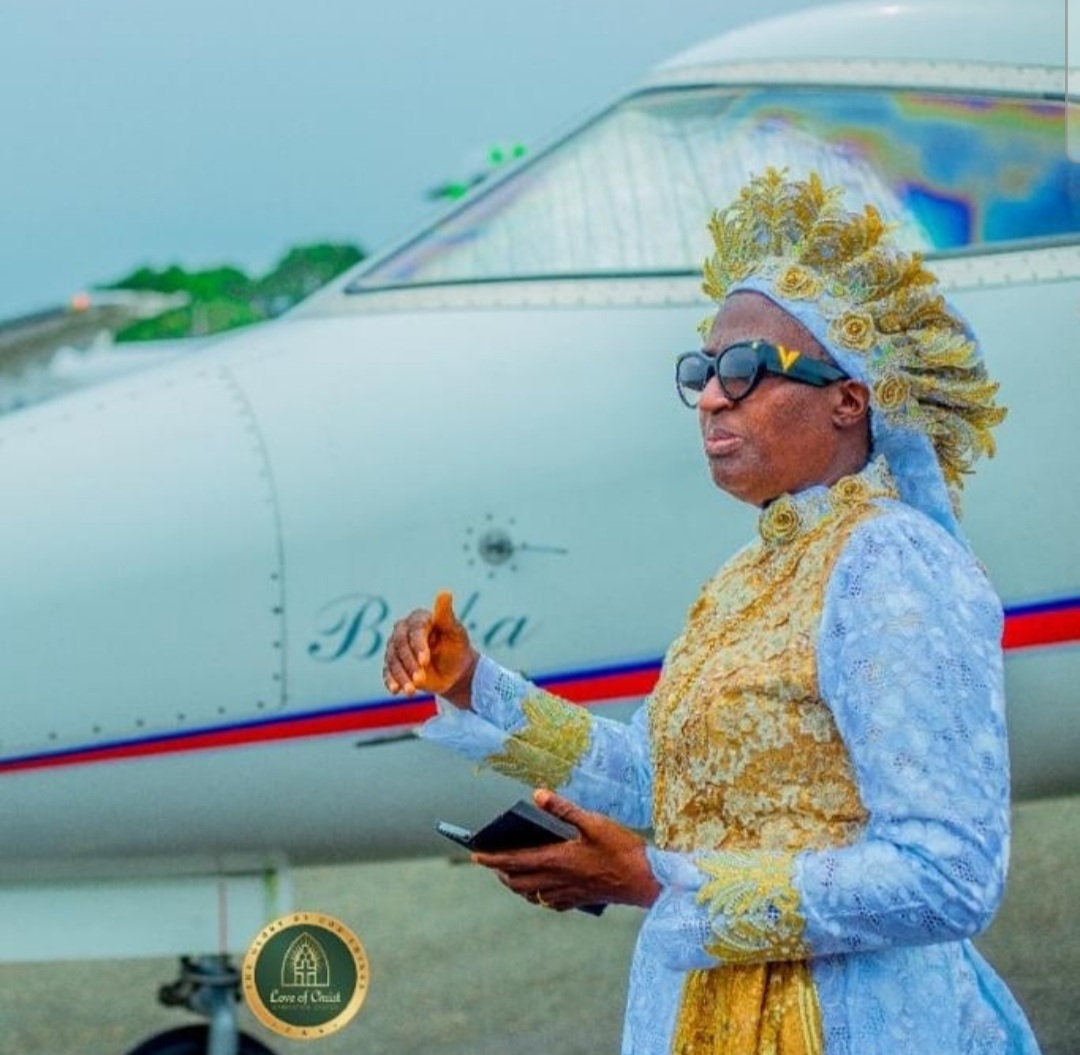 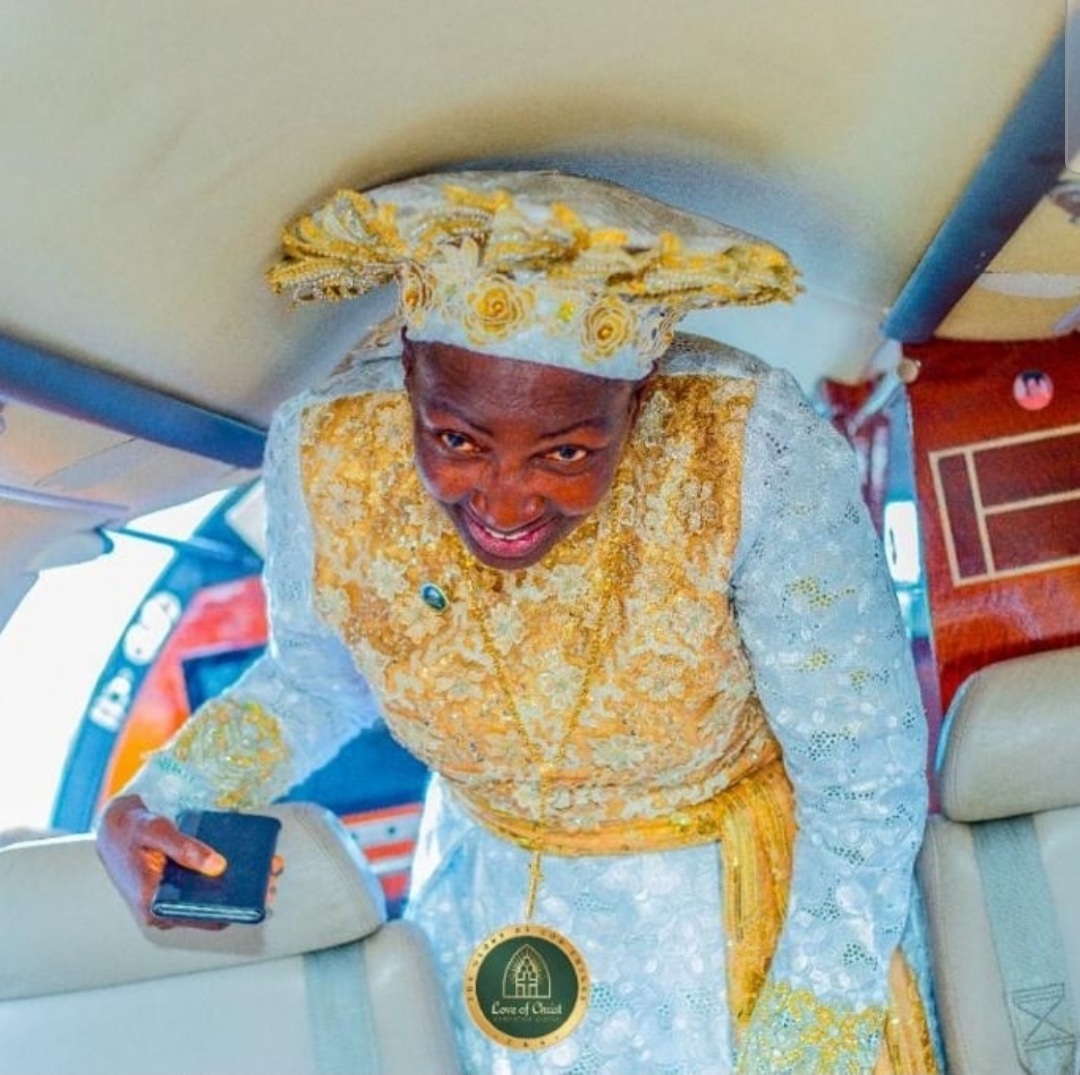 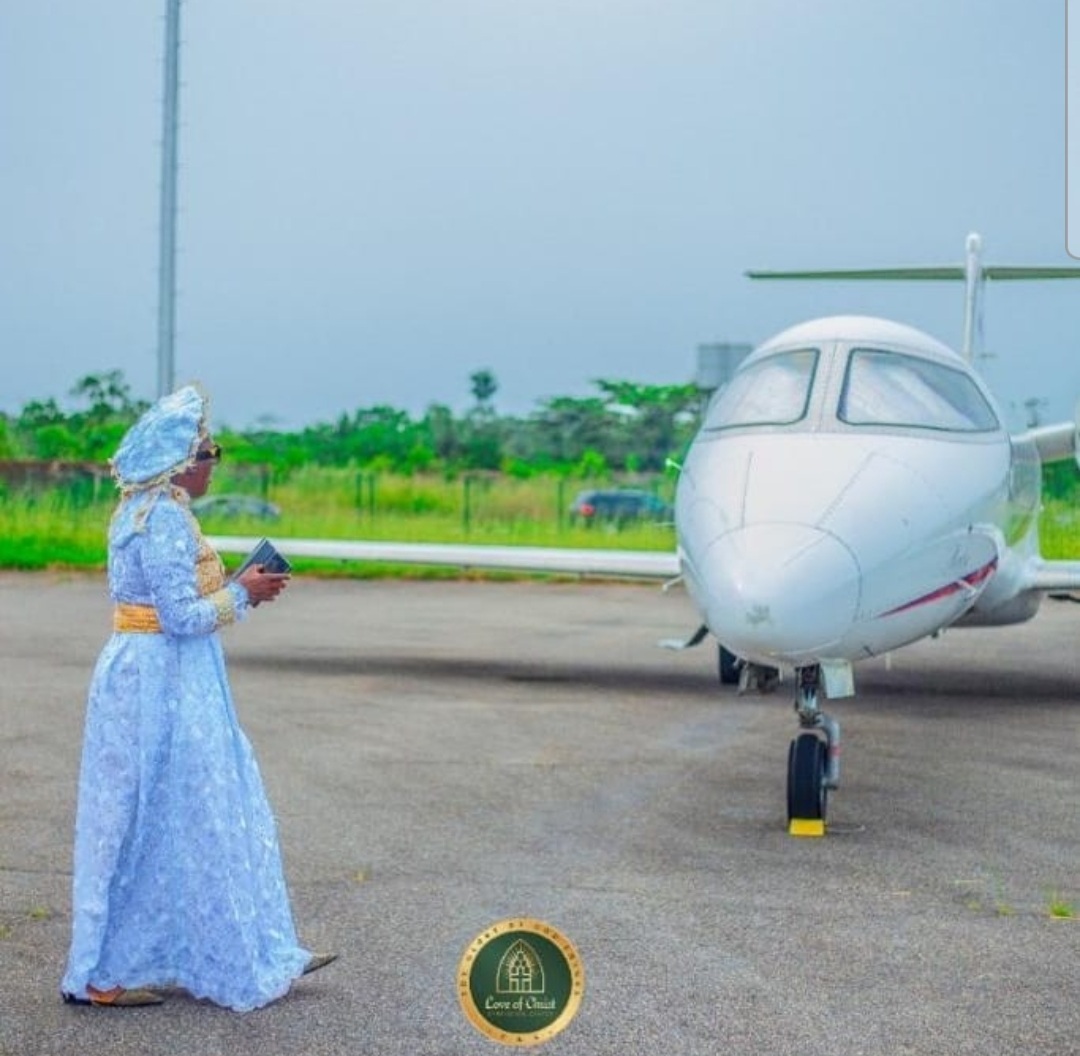 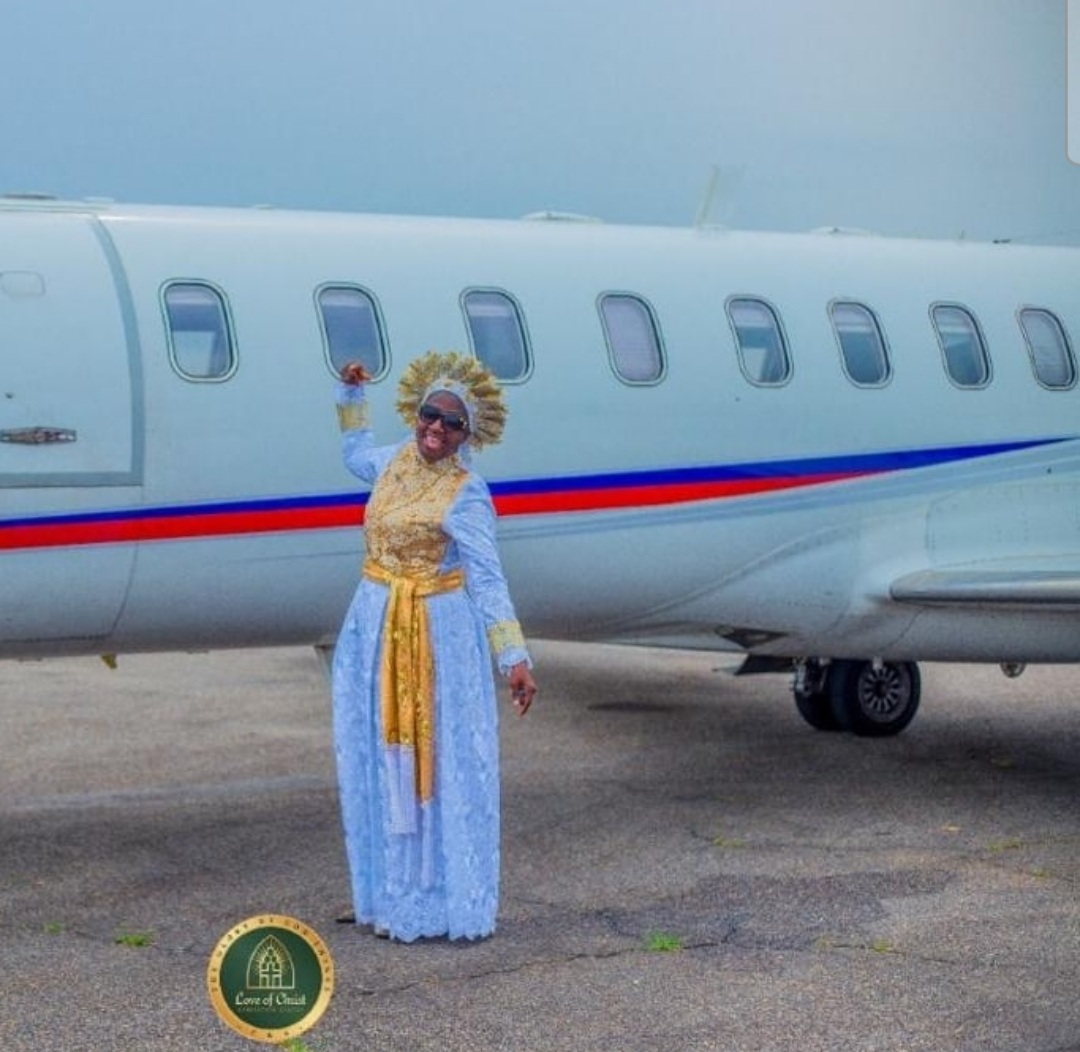 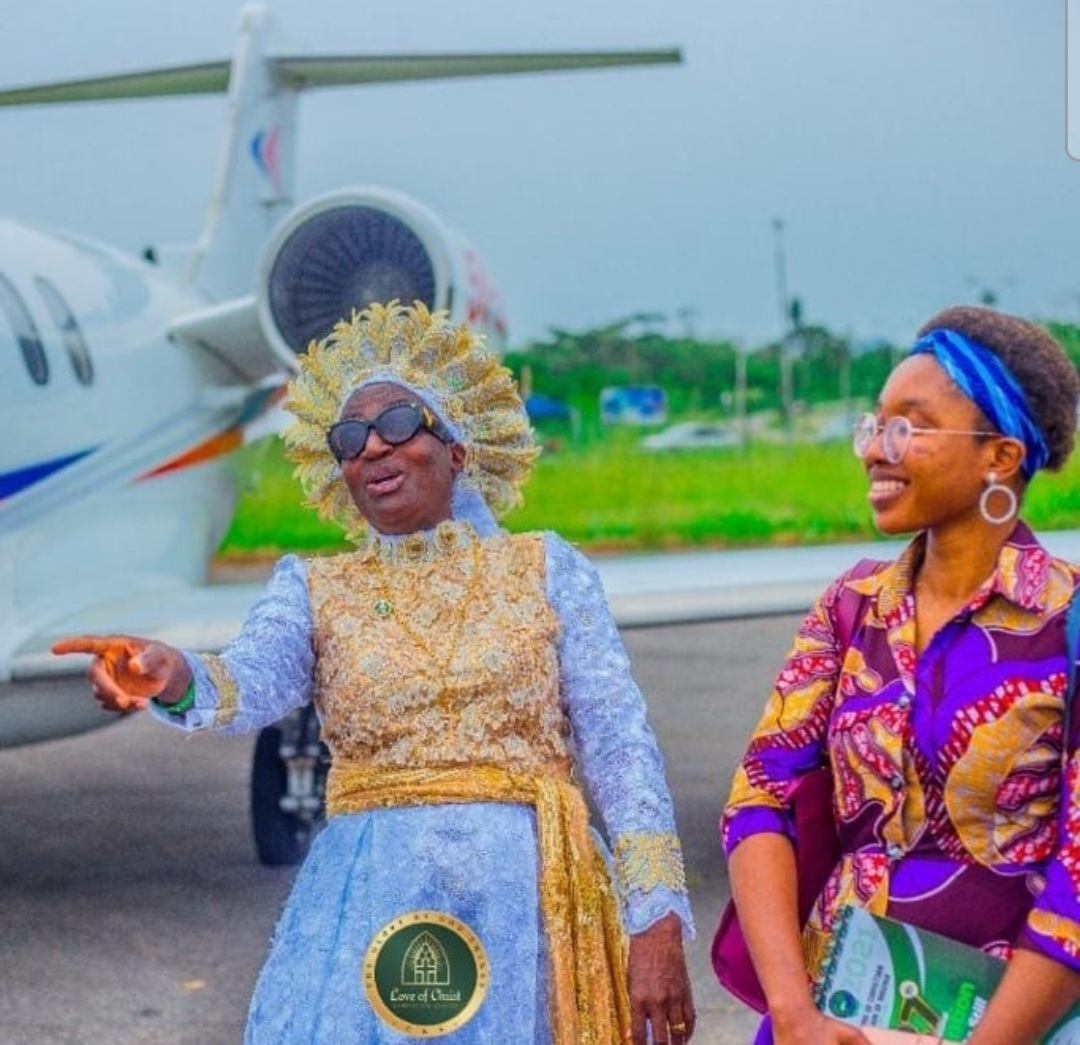 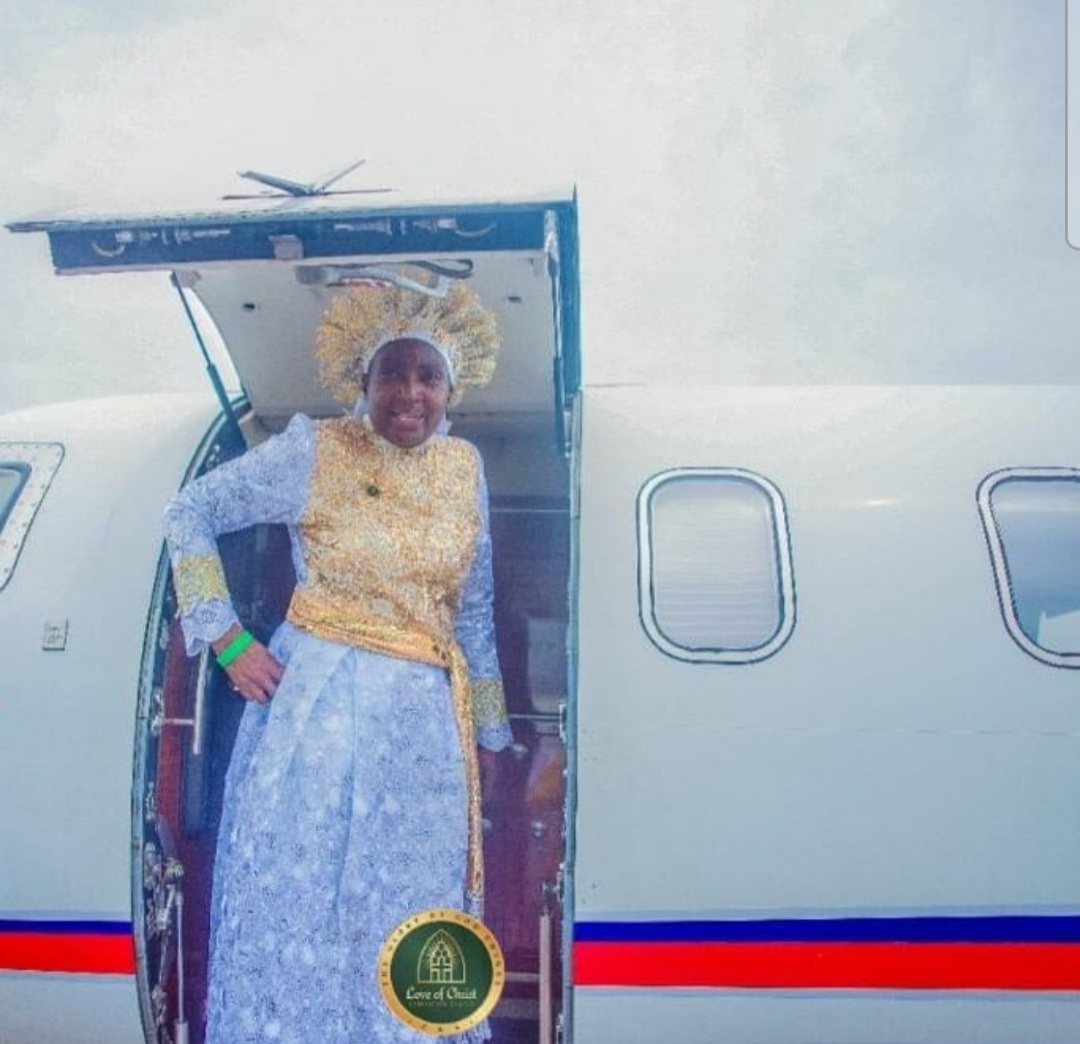 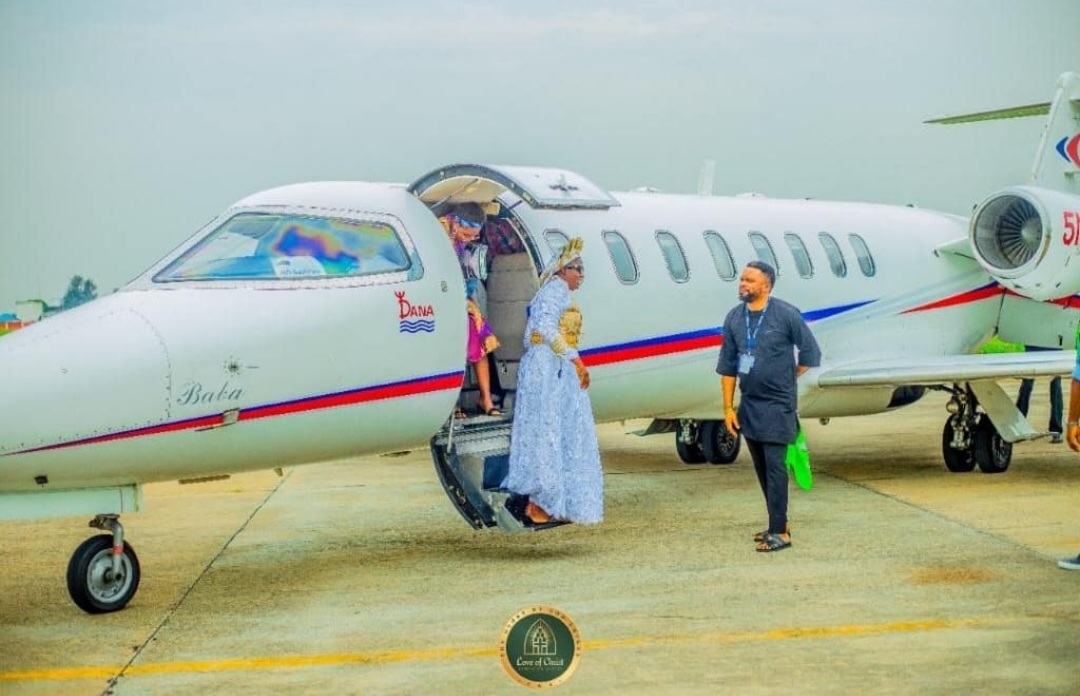 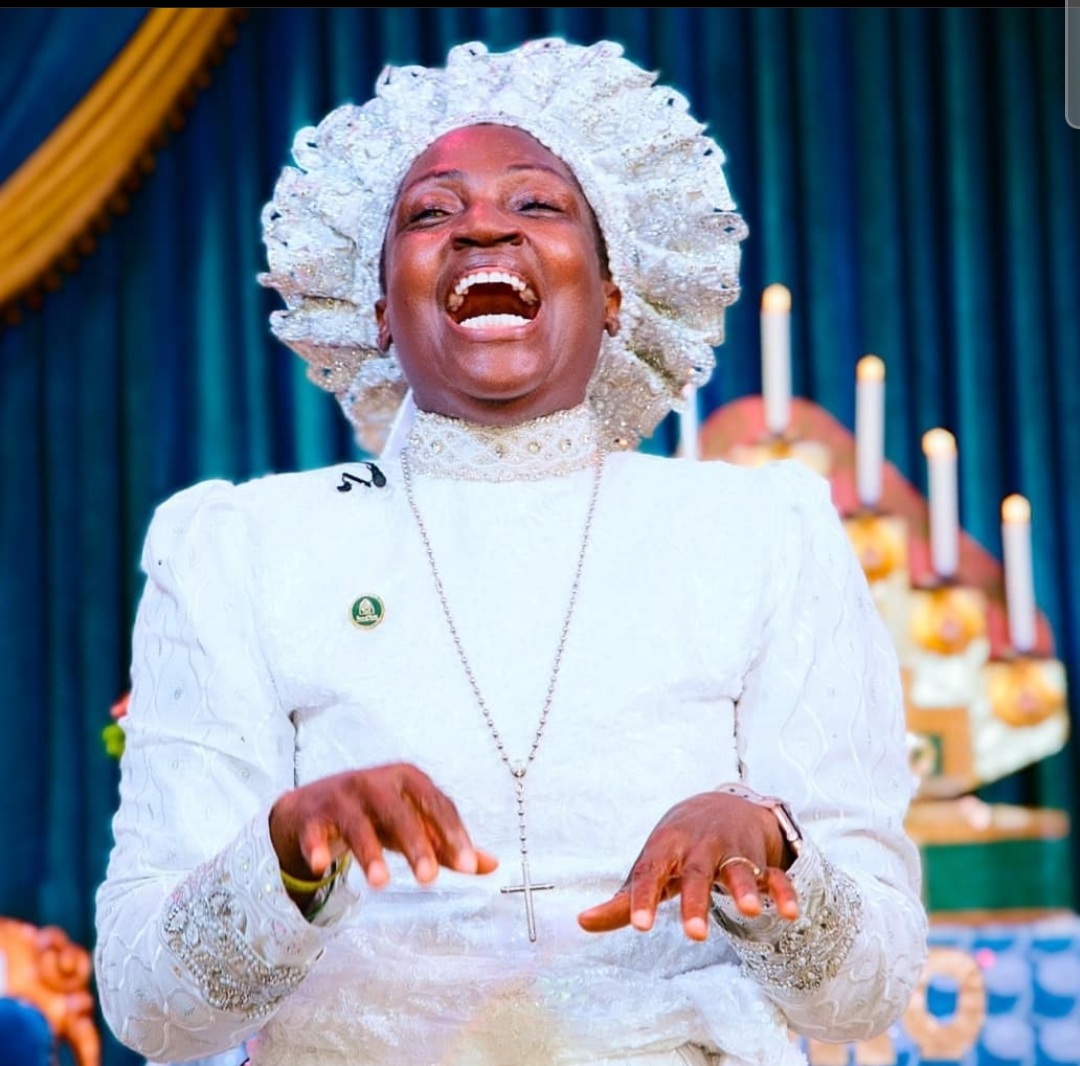 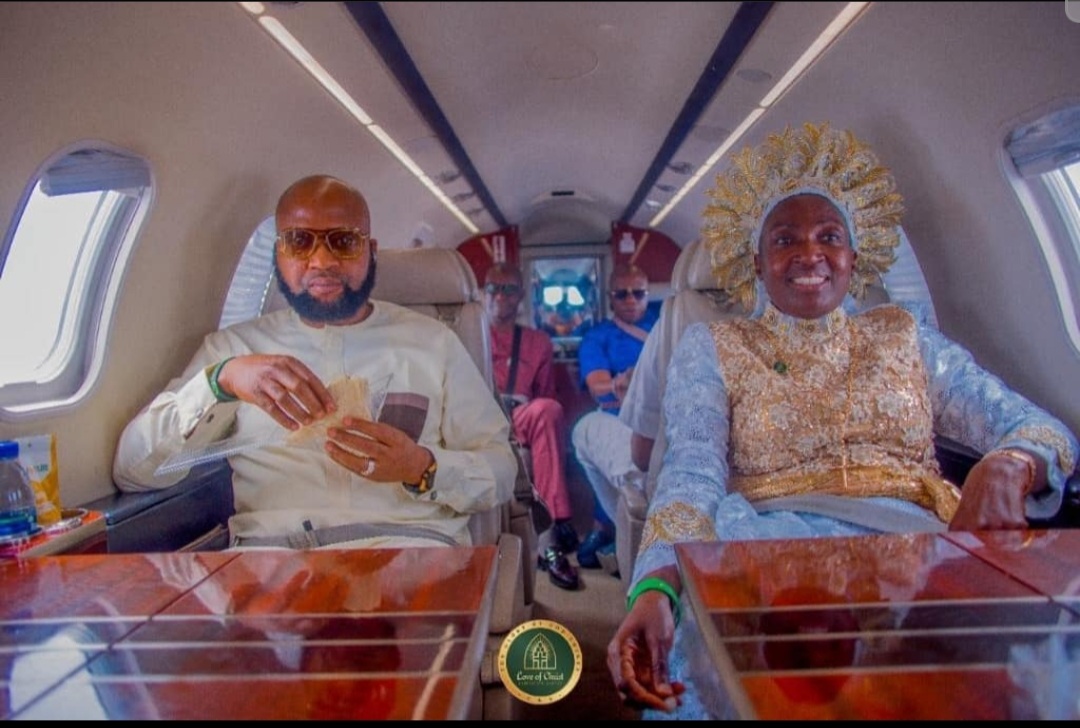 The church of (God) most definitely is seemingly enjoying amazing times of late in terms of unbelievable wealth.

It seems like whatever the men (women too) of God who are in charge of their Ministries touches, are literally turning into gold and more!

Much has many across the world, have openly and severally vilified (justly or unjustly) these men (women) of God for what is thought to be an unbridled energy to acquire wealth in all forms, it hasn’t stopped them nor has it slowed them down from just doing it.

They seem to be in the market and in a hurry to showcase at all cost, the supposed blessings of God upon their lives and their Ministries, may be it is their way and in the need to prove a biblical assertion that says a light that is upon the hill cannot be hidden. And also that the God they serve is not a poor God by any means, but one that wants them to showcase what He has blessed them with in every way possible.

So you see these extremely wealthy people owning and driving some of the most expensive automobiles that many could acquire and they have such like G Wagons and some other more intimidating SUVs and Porsche, Ferraris, Mercedes Benzes and more in plenty numbers in their garages and convoys.

It wasn’t too long ago in the year-2021 to be more precise, that the highly revered and well celebrated ‘Reverend Mother Dr. Captain Esther Abimbola Ajayi’ a billionaire by every yardstick one may want to measure it, of the white garment Church- ‘Love of Christ Generation Church C & S Worldwide’ (aka Iya Adura) dazzled all comers, when she opened her multi-billion Naira valued, impressive edifice of a church that’s located on the waterfront (Water Corporation Road) of Victoria Island extention (Oniru).

The imposing series of buildings in the quite expansive compound, are said to be mouth openingly impressive by all that have visited the place.

Those who have had the privilege or honour to have visited and gone round the place have said glowingly that Rev. Mother Esther Ajayi, a prophetess in God’s vineyard, is an undeniable person of exceptional taste. As everything that has to do with the building is top class to say the least.

According to some who may know what it takes to put such a place together, they have expressed that it couldn’t have cost the benevolent/humanitarian woman of (God) less than N5b Naira to build and equip her humongous edifice.

So after the opening of the place which had the ‘creme de la creme’ of all the different sectors of society in attendance, the likes of the Ooni of Ife, HIM Oba Adeyeye Enitan Ogunwusi and more, the woman of (God) has now decided to move on to another task, which is owning her own “mechanical bird in the sky”.

According to the available information, Mother Esther Ajayi like she’s mostly referred to, as taken possession of her own private jet. Unlike the charter services she used to favour before.

With this acquisition she has joined a rarefied group of church founders/General overseers who owns or whose Ministries owns a private jet or 2 or more.

According to the available information, Rev. Mother Ajayi has joined the league of people like Bishop David Oyedepo of the Winners’ Chapel, who is reputed to own at least 4 private jets and I’d acclaimed to be ‘the wealthiest Pastor in Africa’, others in the league are Pastor Enoch Adejare Adeboye of the RCCG- whose Church may have ‘the largest congregation in the world’, Apostle Johnson Suleiman of the ‘Omega Fire Ministry International’, who is acclaimed to own at least 3 PJs, Pastor Ayo Orisejafor of Word of Life Bible Church, who was a former president of CAN, Pastor Dr. Chris Oyakhilome of the Believers’ LoveWorld aka Christ Embassy, Pastor Jeremiah Fufeyin of Christ Mercyland Deliverance Ministry and now Rev. Mother Esther Abimbola Ajayi aka Iya Adura, as the only woman in the league.

Rev. Mother Ajayi’s private jet is a 12 or 14 seater Challenger. And it would aid the woman of God as she preaches the gospel around the world.

Her Ministry that was London based before as now found its proper root in Nigeria her home country.

She had said one time in an interview that acquiring a Private jet may turn her into a miser, something she naturally isn’t, as maintaining a jet is not a small matter and no joke at all.

DJ MICHELLE: CLOUT CHASER EXTRAORDINARY OR UNBRIDLED PRANKSTER OR EVEN NIGERIA’S FIRST LIVING MAMMY WATER PRODIGY? Or an innocent girl? Which is which?
HOW THE  ‘ANGEL OF MERCY’ AND ACE MUSICIAN/ HUMANITARIAN DAVIDO BECAME THE MOST BENEVOLENT YOUNG MAN IN NIGERIA
Comment